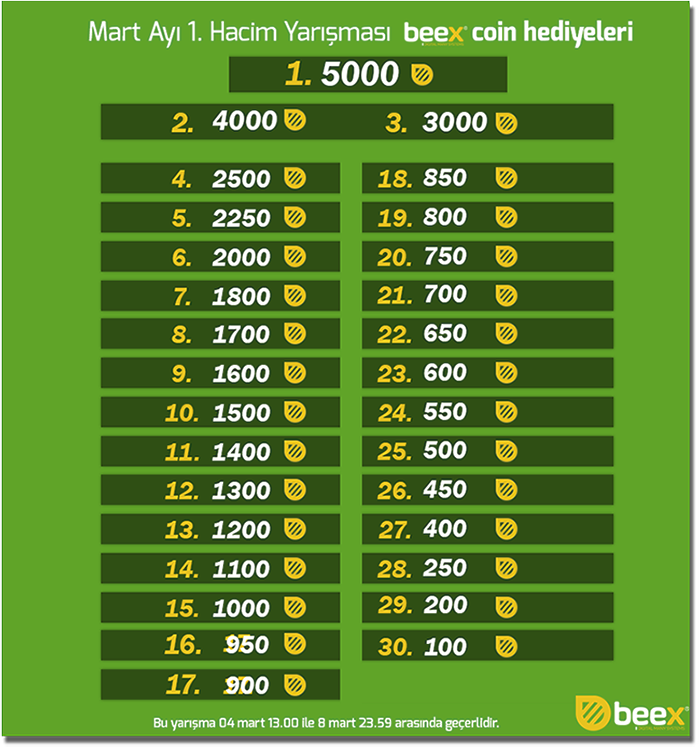 2- In addition to the above amounts, 50 BEEX will be presented to everyone who has participated in the competition, trades on or exceeds TL 250, even if they cannot be ranked.